This note is a first draft: a jumping off point.

Writing things down helps to clarify my thoughts and hence this note: please think of it as a conversation starter rather than the final word. Indeed, please join with me in chewing on this topic and send me feedback. As I learn more, I plan to revise and update this document and then circulate it back out to you.

Why I own shares of the US Money Center Banks

1 Banks are “plumbing to the power of plumbing”: They are deeply embedded in the nation’s
economy.

2 Fears of disintermediation of the banks and other forms of payment are over-rated. Indeed, my view is that it is never going to happen. The ability to create money is one of the core attributes of national sovereignty. Controlling the money supply and setting terms on what is legal tender is central to the exercise of national soveriegnty. At it’s core, a country like the United States posesses some key powers: the a monopoly of force and a monopoly of power in all it’s forms. A currency like bitcoin – even if it overcomes it’s own issues, would have to be sanctioned by the state. To make it a viable currency, the state would have to sanction bitcoin as legal tender. And even more important, would allow that appreciation of bitcoin not be taxed as a capital gains – in the same way that if your US $ appreciates in value, you do not get taxed in $.

3 Banks are an instrument of monetary policy. Because of the banking multiplier, controlling the money supply requires a close relationship with the banking industry. When it comes to influencing supply of money, the Federal reserve has to act through the big banks – simply because they are so huge, and the amounts that the central bank is operating with are huge.

4 As new businesses in the financial sector emerge, they will get regulated – because that is what a government that has a legalized monopoly over credit and credit creation does.

Banks are central to the economic system.

The credit cycle part I: credit contraction after the financial crisis.

In spite of the actions of the Federal Reserve, the financial crisis of 2008 – 9 quite likely created an enormous contraction of credit.

With the failure of some institutions, many economic actors realized that we had allowed our banks to become too leveraged. And this set in train an enormous and cascading process of deleveraging – happening at multiple levels of the global economy.

Banks were deemed to have inadequate capital and were required to raise money, or to build their capital levels through internally generated funds. Prior to the financial crisis, 20 – 1 leverage was okay. Now capital needs to be more than 10% of total assets. Credit rating agencies reined in their standards and willingness to grant top ratings. And further down the food chain, credit officers became far more leery of credits: in spite of generationally low interest rates, business lending still occurs at a very healthy spread to costs.

This has all also coincided with an enormous increase in regulatory oversight over the finanacial sector – all of which has a dampening effect on the expansion of credit, and of bank earnings.

The notable exeption to this have been the federal reserve and the ECB (although the ECB took more time to get there). In spite of the political unpopularity of their actions, these central banks did the right thing to mitigate – as much as they could – the credit contraciton going on elsewhere.

Conclusion: The Credit Cycle Part II. The expansion of credit and regulatory loosening.

My view is that at some point, this comes to an end. People’s sensibilities and the political system move on. At that point, we will get a secular credit expansion; banks will gradually be allowed to have more leverage. Over and above that lending standards at all levels will become less stringent – all the way from the individual loan officer up to the credit rating agencies.

In terms of Galbraith, the bezzle may be at an all time low, and will gradually expand.This will be an enormously benign envrironment for the banks – aided by two more tailwinds:

“I’m excited long term. They’ve been building capital and weathering the low net interest margin environment superbly. As regulatory capital levels are addressed, I expect higher future cash flows, book values, leading to cash returned to investors (or hopefully accretive acquisitions/buybacks), and any improvement in interest margins will be icing on top. Markets seem to be discounting low or no growth prospects, so naturally investor dollars go chasing hot growth elsewhere in industries like technology. I could see them behaving like supercharged Utilities. Need to think more about how macro levels such as demographics, home ownership levels, and potential rising inflation could affect the banks.”

“Valuations look attractive on the surface, but I harbor concerns that they are somewhat like black boxes that I cannot fully understand.”

“Banks likely to have good/not great returns. Likely not appropriately compensated for he value they provide to society.”

“My general thinking is that with all the changes and upheavals in the past 600 years, banking is still
around, so it will probably stay for a while.

As far as individual banks go, I know that Munger said “”No one should buy a bank without a feeling for how shrewd management is. It is easy to delude yourself… Don’t invest in banks without real
knowledge.

Now, I’m not smart enough to really understand a big bank, I don’t think many people are. But I also think that for an average guy, with all the information available, it’s possible to invert and not buy any banks where something clearly doesn’t look right –
management doesn’t make any sense in interviews and calls, a bank gets lots of its revenue from car leasing operations, etc. This appears to eliminate quite a few banks and so one can next look at the rest of the banks selling at depressed prices (like in the US in 2011/12 and some other regions in 2016) – where current management seems to make sense and which deal in the expected lines of wealth management, investment banking, corporate banking, personal banking etc. and still make a profit (albeit very likely reduced by various litigation expenses, but there should have been something to make prices depressed in the first place, so I guess it’s hard to complain).

Some of the group selected would still have an issue here and there, and some selections are going to do worse than other, but overall I think an operation like that should likely provide a satisfactory rate of return.”

“Revenues are channel bound due to low interest rates and regulation, so all of the MCB’s are looking to control/reduce expenses to grow or sustain EPS. I can’t see banks providing outsized returns any time soon unless regulations regarding T1CE and the CCAR reviews are relaxed, or interest rates suddenly climb out of the bottom of the barrel. The banks are trading near TBV, and all have PE’s within a few bps of each other. I think the returns will underperform the market for the next 2 – 3 years“

“Are they going to fully become and be recognized as utilities?“

George Selgin: Driverless Money http://link.aqfd.ch/2enlHsL
Oliver Wyman: Payments are Changing, but How Prepared are the Retail Banks http://link.aqfd.ch/2fz7GWP
Kurt Schuler: Monetary Economics, A Reading List
http://link.aqfd.ch/2f8JT3d
Mike Mayo: Exile on Wall Street: One Analyst’s Fight to Save the Big Banks from Themselves
http://www.wiley.com/WileyCDA/WileyTitle/productCd-1118115465.html
Investing in Banks: Strategies and Statistics for Bankers, Directors and Investors https://www.amazon.com/Investing-Banks-Strategies-Statistics-Directors/dp/1570703426 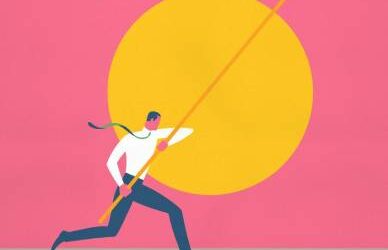 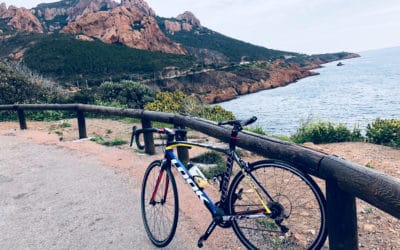 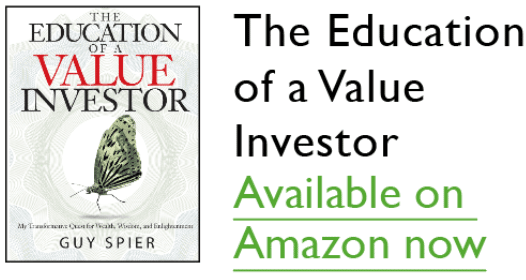